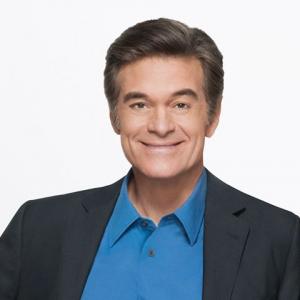 Before I talk about busting myths about American Muslims, let me start by dispelling a myth about Muslims worldwide.“All (or most) Muslims are Arabs or Middle Eastern”

Arabian Peninsula/Middle East/North African regions are predominantly Muslim, but the entire region makes up about 20% of Muslims. The majority of the Muslims (62%) live in the Asia-Pacific, including large populations in Indonesia, India, Pakistan, Bangladesh, Iran and Turkey.[1]

There are numerous myths and misunderstandings when it comes to American Muslims. Most, if not all, of them are based on skewed media reporting, resulting in stereotyping.

Much of the data in this article is based on several studies (in addition to the one cited already) conducted by Pew Research center[2], ISPU (Institute of Social Policy and Understanding)’s ‘ISPU-AMP 2017 Study’, conducted by Dalia Mogahed and Youssef Chouhoud[3] and ISPU-One Nation Bay Area’s ‘Bay Area Muslim Study’ by Professor Hatem Bazian and Professor Farid Senzai.[4]

So let’s bust some of these myths- one at a time.

According to the Pew Research Center, American Muslims overall are largely an immigrant population (58%). What that also means is that 42% of American Muslims are not immigrants, much larger proportion than most would think.

The Muslim American community is actually more diverse than any other group, having no majority race. According to the ISPU AMP 2017 study, 25% Muslim Americans are Black, 24% white, 18% Arab (yes only 18%!), 18% Asians, 5% Hispanic and 7% of mixed race. A similar trend was found by the Pew Research Center’s study on the American Muslim Millennials.

Roughly two-thirds of U.S. Muslims (65%) say religion is very important in their lives.  About 6 in 10 report praying at least daily and about 4 in 1o say they attend religious services at least weekly. By some of these traditional measures, Muslims in the U.S. are roughly as religious as U.S. Christians, although they are less religious than Muslims in many other nations. [5]

Put differently, about 1 out of 3 American Muslim does not consider religion as very important in their lives. More than half don’t attend the Friday prayers. This may be due to the inability to take time off work for the mid-day Friday prayers, but a good 40% don’t pray on a daily basis-one of the 5 pillars of Islam.

Muslim Millennials are MORE likely than older Muslim adults to say religion is very important in their lives, and that they attend religious services at least weekly.

66% of the millennial said the religion is very important vs 54% of older American Muslims!

This is something I have observed myself at Friday sermons and in my dealings with the younger Muslim Americans.

The bay area Muslims seem to be “more religious”, and according to the Bay Area Muslim study 2 out of 3 Muslims indicated they attend weekly Friday sermons and prayers regularly.

When asked whether “Homosexuality should be accepted in society”- 52% Muslims said, yes! The younger Muslims, like their Non Muslim counterparts, were more supportive of homosexuality. This may come as a surprise to even the American Muslims.

In terms of sexuality,  the ISPU-AMP 2017 poll showed that 90% of the American Muslims identify themselves as “straight” and the rest reported themselves as ‘bisexual’, ‘others’, or refused to answer.

This may be partly true in that most Muslims favor or lean towards Democratic Party but the support is not as universal as one might assume, especially after the 2016 presidential election. Muslims support or lean heavily towards Democratic party (66%), and less so towards Republicans (13%), while 20% reported “others, or undecided”.

Despite the negative perceptions, Muslims continue to be civically engaged. The Bay Area study showed that 2 out of 3 Muslims volunteer their time to their mosques, non-profit organization and other local charities.

This may be myth among the American Muslims, but it is not true. Domestic violence occurs in the Muslim community as often as it does in Christian and nonaffiliated communities, but Muslim victims are more likely to involve faith leaders.

Among Muslims, 13% said they knew someone in their faith community who was a victim of domestic violence (DV), similar to 15% of Catholics, 17% of Protestants, 14% of non-affiliated, and 15% of the general public, with 7% of Jews saying the same.

Bullying is indeed a major problem for Muslim children as is the religious discrimination for all ages. Muslims (38%) and Jews (27%) were the two most likely groups to express serious safety concerns for themselves or their families from the white supremacist groups, as a result of the elections of 2016. Muslims are nearly twice as likely to report bullying among their school-age children as Jewish Americans (42% vs. 23%), and four times as likely as the general public (10%).

This is totally not true. In fact Muslims are the most likely group to support the BLM movement (66%) compared to Jews and unaffiliated (58%) and Protestants/Catholics (39%).

The data shows that American Muslims have similar level of higher education as compared to Catholics and Protestants (and less than Jews). Muslim women are actually more likely to achieve post high school and higher level of education than Muslim men (73% vs 59% ). Come on guys!

The report also shows higher resilience shown by Muslim women despite higher level of discrimination and bullying they face. They are less likely to change their appearance to “look less Muslim”.

The Bay Area study indicates the Muslims in the bay area are more educated than rest of the country. 74% have achieved some college or higher and 1 out of 4 has completed graduate school. 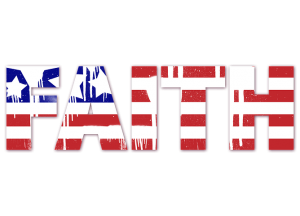 And here is an addendum after a good friend of mine reminded me of CNN’s Van Jones’ comments on American Muslims. If you knew an America Muslim family, you would know this to be very true. You can read more about that post here.

Honestly, if a Muslim family moved next door to you, you would be the happiest person in the world. First of all, the chances of your kids getting into trouble just went way down. OK, went way down. Because (American) Muslim community has the lowest crime rate, the highest entrepreneurship, the highest educational attainment for women in the country (US). They are the model American community.