Marking the Anniversary of the US Government’s recognition of this ISIS Genocide in Iraq and Syria.

March 16, 2017 – Washington, DC at Capitol Hill.  The Genocide Coalition is partnerships of organizations and advocates for the religious minorities in Iraq and Syria targeted by ISIS for genocide.  ISIS has been pushed back, the but the Genocide continues. Many of the indigenous religious and ethnic communities targeted by ISIS are still unable to return to their homes – and many, nearly three years later, are still not receiving US aid. Before peace and reconciliation efforts can begin, the victims of genocide must be able to return to their homes safely.

Sitting through listening to over a dozen speakers, I hear the same words again and again, I was stuck when Zina Kiryakos, Christian Human Rights council stated that, “7000 years of civilization was destroyed, millions of Chaldean Christians were forced to leave….” I was thinking about the Genocides of the Native Americans as we had commemorated it along with other Genocides. I was picturing the whole list of Genocides through out the human history. Is any nation, any social, political, religious, ethnic or racial group free from being perpetrators?   I need to study these attitudes in terms of majoritarian arrogance rather than their religious or political affiliations. The stinky attitudes towards the others who are weak, powerless and numerical minorities. After 12 years of commemorating Holocaust and many genocides, I feel the pain of all people and I am thankful to God that every one’s pain is my pain too.

Call to Action: The Genocide Coalition calls on the Trump Administration and the international community to take a swift action to stabilize Iraq; to identify and punish those who aided and abetted ISIS in its campaign of genocide and terror; and to appoint to key positions qualified persons who will pursue these and related humanitarian and national security priorities.

There is no doubt Muslims are a maligned lot as some of them have been on the perpetrator’s side at least in the last few decades. As a society, we need to keep our focus on the individuals and cults instead of groups, we should not buy into stereotyping of any kind. If we buy one, we might as well buy justify crimes against each one of us.

I attended the Genocide Coalition at Capitol Hill yesterday sponsored by IDC in defense of Christians.  It was about the Genocide of Christians, Yazidi and Shia Muslims. It was very difficult to understand how minorities are being harassed in every nation and community. Over a dozen Speakers spoke. Nadia Murad, the Yazidi woman spoke, she was raped multiple times by terrorists in the name of Islam, it was not easy, but she was graceful and did not show any bitterness and instead was seeking solutions to end the genocides of not only her people but others too.

I was tensed up for a few moments and quickly recovered. Who will speak for Muslims that condemn these cults. How do we communicate, why did I not seek to speak?  Then the big relief came when I saw Zainab Al-Suwaij’ name on the list and she spoke, Muslims need to be a part of the society in good times and sad times.

Since there was no room for others to speak or comment, I was hesitant, but doing the right thing is the right thing to do. I asked Prof Robert Destro to speak for a minute and he granted and I kept it to the minute. I said, “I just want to share that the American Muslims have dedicated a Friday Sermon and prayed for Yazidis, Christians and Shia and Muslims are constantly standing up for human rights of others”. Here are the two article in Huffington post.

1. Muslims to Dedicate Friday Sermons for the Safety of Christians, Yazidis, Shia and   – http://www.huffingtonpost.com/mike-ghouse/muslims-to-dedicate-frida_b_5679118.html

3. Standing up for others – www.StandingupforOthers.com

Destro concluded some thing to this effect, “More Muslims are victimized and slaughtered by ISIS than the others, and we are all in this together against the ISIS.” The event was orderly and no one took more than the allotted time.

This is a weekly or a daily story for me, and I am sure you are the only Muslim in some events and felt relieved. Now, why don’t you attend these events? You don’t get paid for this, neither do I…? If you believe you have to serve the community, getting out there is better than talking non-stop in social gatherings.

Mike Ghouse is committed to building cohesive societies and offers pluralistic solutions on issues of the day. All about him in 65 links at www.MikeGhouse.net 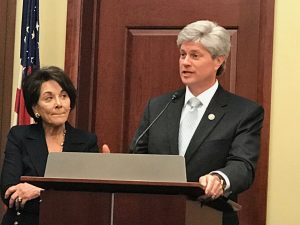 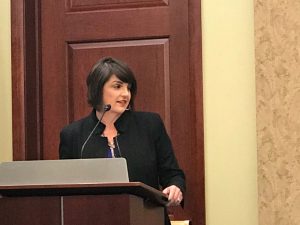 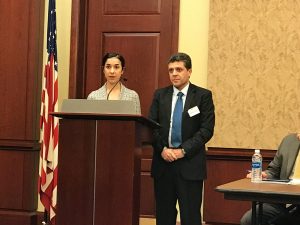 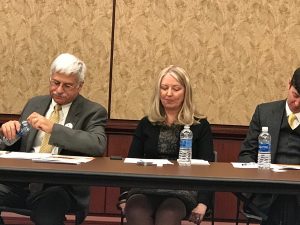 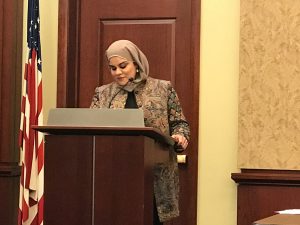