So what if Queen Elizabeth is related to Prophet Muhammad, how does it matter?  Neither one gets elevated. In Islamic tradition, all are born equal, no one is superior to the other.  Even the notion of Royal blood is anathema to Islam, there is no such thing as Royal Blood or any blood to claim superiority of one over the other.

One of the key contributions of Islam to the world in creating cohesive societies is recognizing and offering solutions in knocking “arrogance” out of humans. Indeed, arrogance is the root cause of all evil. The person dearest to God is the one who forgives and the least liked by God is the one who is arrogant.  Think about it, arrogance breeds conflicts and wars whereas humility builds bridges and relationships. Forgiveness releases everyone from anguish and frees up the individuals.

Few of the many shining examples of such value are;

1) Prophet’s daughter Fatima casually asks him, “Dad, don’t I get to go to heaven automatically, because I am the daughter of the prophet? ” Prophet responds, “No, it is not automatic, you have to earn it like every human, you have to do a good deed, that is care for fellow humans to earn it.”

2) God tells the prophet, that is Quran not to treat any prophet as secondary or primary, all are God’s prophet who delivered the message of creating a better world for all.

3) All the rituals are mandated equally for all – prayers, fasting, and Zakat to knock the arrogance out of the souls.

There are a few Muslims who ‘boast’ that they belong to the family of the Prophet, so what is my question? It is not a privilege to be related him, what is a privilege is if you follow his message and become an Amin – a trustworthy, reliable, just, fair and honest person with prejudice towards none. If you get to that point, you will not be arrogant at all. You’ll become a peacemaker. 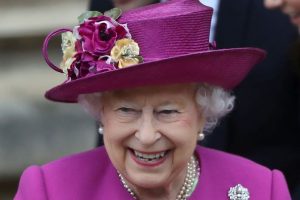 Experts have studied the royal bloodline going back thousands of years

Historians have claimed the Queen is a distant relative of the Prophet Muhammad.

They believe the British monarch is related to the founder of Islam after examining 43 generations of her family tree.

The latest findings have been published in Moroccan newspaper Al-Ousboue, suggesting her bloodline runs through the Earl of Cambridge in the 14th Century and then across medieval Muslim Spain, reports the Economist  (https://www.economist.com/news/middle-east-and-africa/21739990-reaction-queens-purported-muslim-extraction-has-been-varied-arab)

Writer Abdelhamid Al-Aouni, who wrote the Moroccan article, states: “It builds a bridge between our two religions and kingdoms”.

The claims were first made back in 1986 by royal genealogy experts Burke’s Peerage.

They claimed the Queen is a descendant of a Muslim princess called Zaida, who was forced to flee her home town of Seville.

She converted to Christianity and one of her descendants later married the Earl of Cambridge in the 11th Century, reports the Economist .

Ever since the claim was first published, it has been disputed by other experts who disagree with a lot of the details.

Many claim Zaida’s background is ‘debatable’.

Muslims believe Islam has always existed but was brought into peoples’ minds by a number of prophets.

Muhammad was born in Saudi Arabia in 570 and many believe he was chosen by God as his messenger.

His words were recorded and became the Qu’ran.