The name Salman Khan might ring a very different sort of a bell in your head, but trust me, this particular namesake is nothing like Prem. He makes mathematics and science easier for students. He is Salman Khan, the founder and CEO of the Khan Academy. Khan Academy is a non-profit organisation that aims to provide “free, world class education for anyone, anywhere.” Such is the impact of Khan Academy across the world, that Salman makes it to TIME magazine’s list of 100 most influential people in the world.

The “Messiah of Mathematics”, as he’s fondly called by some, was born and raised in New Orleans, Louisiana, United States, and graduated from MIT (Massachusetts Institute of Technology) in 1998 with three degrees – Two BS degrees in mathematics and electrical engineering, and an MS degree in electrical engineering. If that wasn’t enough for an impressive resume, he then went on to do his MBA from Harvard Business School. 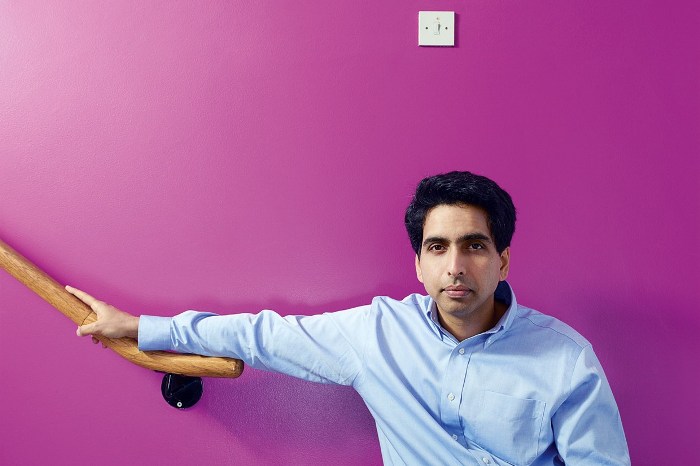 Right now, as I write this, Khan’s academy is educating over 26 million registered students in mathematics, science history, economics and computer science. The academy has delivered over 580 million lessons and over 4 billion exercises, spanning across 190 countries and translated into 36 languages. This one man has truly revolutionised the lives of many across the world. His venture has been backed by Microsoft founder Bill Gates and Google. Gates is in fact a huge admirer of Khan’s work leading him to gain the sobriquet of being the Microsoft founder’s favourite teacher.

Khan, whose mother was born in Murshidabad, and father in Bangladesh, now wants to help eradicate illiteracy in India. In an interview to TOI, he speaks about his philanthropic venture, and his plans of educating and empowering up to 450 million children in India in the next decade through his online platform.

In 2004 relatives were visiting. I was based in Boston then and they had come over from New Orleans, which is where I was born. During a conversation I got to know that my 12-year-old cousin Nadia was having trouble with mathematics. After she went back to New Orleans I offered to tutor her remotely. Working on phone, I helped. She caught up with her class. Then I started working with her younger brothers. Soon, word got around the family that free tutoring was going on. Over the next 18 months or so, I found myself working with 10-15 cousins.

The first Khan Academy was a web software to help cousins practise. I noticed they had gaps in their knowledge and a friend suggested I make videos to scale up. First, I thought it was a horrible idea but gave it a shot. My cousins enjoyed the videos and soon it became clear that people were watching these. During these years my day job was that of an analyst at an investment firm. By 2009, people were using the videos and this software to an extent. I figured my content had potential and it made sense to start a not-for-profit to give this stuff away. I quit my job in 2009 to see if I could get support for this. By 2010 we got our first significant support from Google and the Gates Foundation and since then many others.

Mathematics, computer science. Coming out of college my first job was in Silicon Valley as a product manager for Oracle. Then I worked at a start-up. This was in the late 1990s. When the dotcom bubble burst, I went to business school. I realized I liked finance as well. That’s how I found myself working for a hedge fund. Obviously all the Khan Academy software came from my background in software.

Khan Academy is much more than just me. We are approaching 100 full-time people, about two-thirds of them are associated with software product design. They help Khan Academy students take a diagnostic exercise. And, based on that, understand what they know and what they don’t. Students get as much practice as they need. That’s where a lot of effort goes. I still create videos. But we’re also finding others to create videos in English. A big part of why we’re here is our mission; free world-class education for anyone, anywhere. We want to ensure this type of content is available in every major region. Obviously, India is a key area. In India we are always looking for people who can help us create local language content. 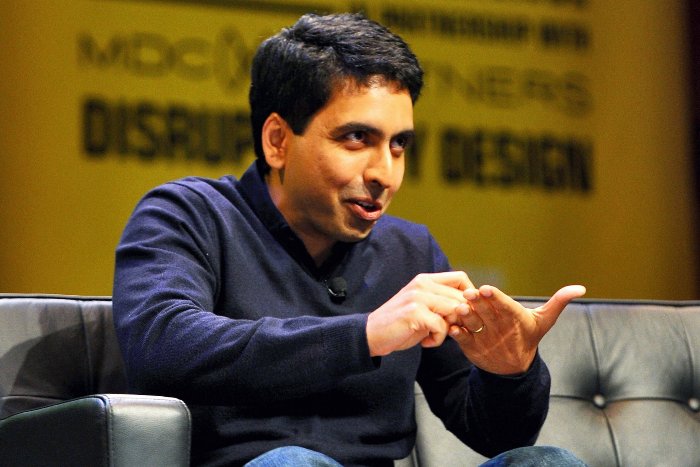 4. What are your plans for India?

We are launching in Hindi across a subset of subjects — such as maths for grades 5,6,7 & 8 in videos and exercises — aligned to NCERT. Our goal is to cover all NCERT standards, not just maths, and use all major Indian languages. In some ways this is a launch. But in some ways, this is the beginning.

5. Where else are you launching in south Asia?

India is priority. We have made some very early efforts in Pakistan and Bangladesh. Both these countries will benefit from some of our work in India.

6. How do you sustain operations?

It’s a philanthropic model. We’re a not-for-profit. I’d say 70% to 80% of our budget comes from donations, big and small. In India, the idea is to work with corporations, philanthropists. I see many of them starting to see full returns on investments. We have a chance to reach 450 million Indian students over 5-10 years. Even if we don’t get all 450 million, it’s very high potential.

7. Your advice to students scared of mathematics?

That’s one of those universal things. It happens not because mathematics is difficult or students aren’t bright. Let’s say we’re in Class VII and learning exponents. In an exam, you get 80%. I get 70%. You didn’t know 20% of the material. I didn’t know 30%. They give you a C and move on to the next subject. But the gap remains. The next subject will be logarithm or negative exponents. It’ll be that much harder because of the gap in basic exponents. That process is continuous. Algebra seems hard. Not that algebra is hard, but you don’t understand exponents, you don’t understand negative numbers. Calculus seems hard because you don’t understand Algebra.

Khan Academy is about no shame, no stigma. You could be 50, go where you need to go, learn at your own time and pace. Look at videos, look at practice problems. Every day we get letters from people who say: I thought I hated maths or thought I wasn’t good at maths. But when I went back and filled in my gaps I realise it’s not only easy but I really enjoy it and it is my passion. I don’t think there is something inherent about maths. I think it is just the importance of having a good foundation and being able to fill in your gaps and move at your own pace. 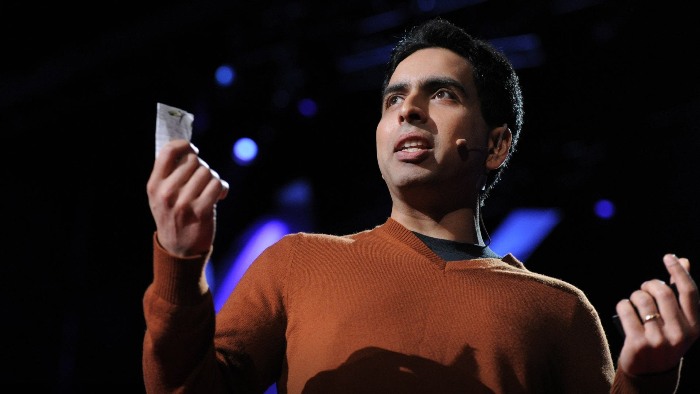 8. Is the maths fear related to tough teachers? Your experience?

True. I think I was lucky early on when I was learning the subject, the class was ready to move. But I’d ask why does this make sense? When you internalise those foundations the things that come later become more intuitive. Lot of what I talk about, lot of what Khan Academy talks about is that people who do well are those with very strong foundations. They didn’t have too many gaps. Then, later on mathematics seems very intuitive.

9. Why this philanthropic model?

In 2008, I was an analyst at a hedge fund, it was a good career. I was thinking the stuff I was making would be great. Won’t it be great if it’s there just as a public good? I had some friends, I knew venture capitalists. The first conversation (with them) was always interesting. It went: This is free but this you need to pay for. You need to put ads. For what I wanted to do, it didn’t feel right. If someone wants to learn algebra they shouldn’t have to look at an ad…they shouldn’t have to pay. This was somewhat delusional when I was operating out of a walk-in closet. What if this Khan Academy thing became an institution for the next generations? Look at history, the only organizations that have stayed true to their mission over multiple generations have been not-for-profits.

10. Tell us about your parents

My mother’s village is in Murshidabad, West Bengal. She grew up in Delhi and went to Mater Dei convent. She has very close ties with India. My father is from Barishal in Bangladesh.

I enjoy what I do. I work with great minds in technology and education who are now part of Khan Academy. Our mission is free, world-class education for anyone, anywhere. That’s a big statement. It’s not going to happen magically tomorrow. In the next 10-15 years, anywhere in the world, a child or adult would educate himself using his mobile phone. The need for expensive textbooks will go down. If you don’t have access to a teacher who knows calculus or physics, you’ll have the phone. We hope to be a catalyst working with partners. That’s why we are here, so that we can find partners, philanthropic and corporate, who can help us with distribution and access. 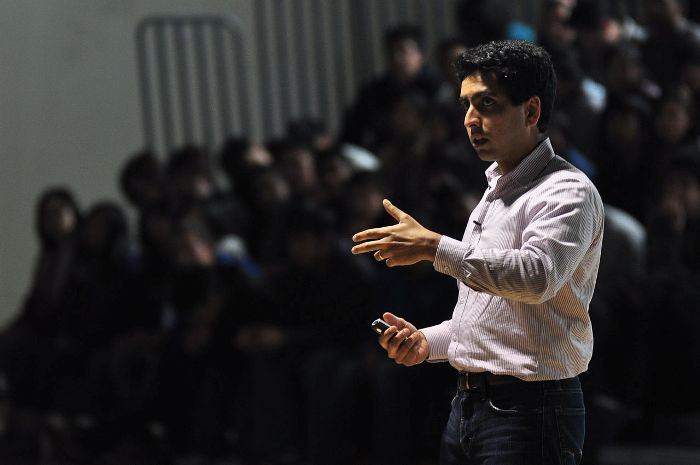 12. What has been the response from companies and governments?

When PM Modi came to Silicon Valley I had the honour of meeting him. He seemed very enthusiastic about what we’re doing. We started having conversations. The Tata Trust has been supportive and my hope is that we will get together a group of visionaries, philanthropists and corporations who will realise what we really can do over 10 years — educate hundreds of millions of children. This could change the world. We have had some initial conversations with the government. We want to interface whatever way it makes sense. We are open to everything.

13. Your views on net neutrality?