A Muslim friend sends me the translation of the Quran with a note, “Great verses of Holy Quran regarding situation these days among Muslims and also other people.”

He shares, 6:117, “And if though obey the majority of those on earth, they will lead thee astray from Allah’s way. They follow nothing but mere conjecture, and they do nothing but lie.” ( It is actually 6:116)

I am so sick of the bad translations, and sicker that those translations are given a currency. The right-wing** misinformed Muslims have presented their reactions to situations as the meaning of the verse. How untruthful! Quran is a book of guidance to build cohesive societies, and not foster divisiveness. Read the chapters Essence of Quran and the Islamic Values in the new book American Muslim Agenda to understand what Islam stands for: Peace. A faith that holds for peace cannot be telling that. Here is my slogan; if it is not common sense, then it is not Islam. 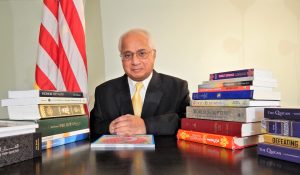 My first response to everything that people send me as Quranic is to check, not one, but at least 50 translations from the right wing to left wing to moderate ones. Check this site https://www.islamawakened.com/. Check three verses before and three after the given verse to get the correct meaning to find the truth on your own. If you still don’t get it, send me the question, I am blessed to have understood the essence of Quran and continue to learn, as with the above verse, which is translated by many scholars as,

The quote from some copy of the Quran above says the verse is 6:117, it is actually 6:116. “And if though obey the majority of those on earth, they will lead thee astray from Allah’s way. They follow nothing but mere conjecture, and they do nothing but lie.”

The problem with the above translation is the word, “lie” above. The three translation is given below and many others did not use the word lie. The “lie” is wedge word.  The translators below have just used the word “guess” which allows one to be firm with one’s belief without following others, even if that is a majority of the opinion.

6:116 (Asad), “Now if thou pay heed unto the majority of those [who live] on earth, they will but lead thee astray from the path of God: they follow but [other people’s] conjectures, and they themselves do nothing but guess.”

6:116 (Dr. Safi Kaskas), “If you obeyed the majority of those on earth, they will lead you away from the path of God. They follow nothing but speculation, and they are merely guessing.”

6:116 (Dr. Laleh Bakhtiar), “And if thou hast obeyed most of who are on the earth, they will cause thee to go astray from the way of God. They follow nothing but opinion and they only guess.”

6:117 (Asad), “Verily, thy Sustainer knows best as to who strays from His path, and best knows He as to who are the right-guided.”

6:117 (Dr. Safi Kaskas), “Your Lord, knows best who strays from his path and who is rightly-guided”

** These are the Muslims who subscribe to the idea that Islam is there to rule the world, how false they are. Islam is to guide you to live in harmony with yourselves and with fellow humans without bias. 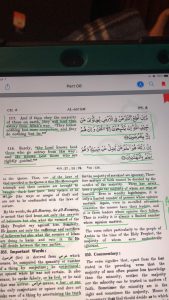 Dr. Mike Ghouse is committed to building cohesive societies and offers pluralistic solutions on issues of the day. His book, the “American Muslim Agenda” is about Muslim earning their respectable space in the society be it social, religious, cultural or political. The book is available at Xlibris, Amazon, Barnes and Noble and Kindle. Mike’s mission is to open people’s hearts, minds, and souls towards each other. He believes that the ultimate purpose of humans is to live freely and be comfortable with their culture, race, religion, ethnicity, sexuality, and individuality.

Mike is a public speaker, author, interfaith wedding officiant, a newsmaker and the executive director of the Center for Pluralism in Washington, DC. More about him at https://www.linkedin.com/in/mikeghouse/