URL – http://interfaithmarriages.blogspot.com/2013/07/interfaith-marriages-religious-double.html
Indeed, there are more single Muslim women in the United States than single men.

As a pluralist and an interfaith specialist who has conducted many interfaith marriages between people of different faiths, I continue to learn, understand and know the issues, and the more I learn, the more openings pop up, learning is an endless commitment. 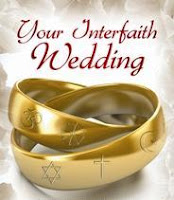 Nearly half of Muslim single women are over 40 and divorced, and they rightfully don’t want to marry another guy without knowing him – but how?

Every man she talks with feels he is entitled to her, shame on men and their culture for their stinky attitude. No one is entitled to any, and the Muslims women I have talked to resent it and hate talking to another Muslim (same with Hindus) Man.

I looked up several matrimonial ads, and an overwhelming majority of women (over 50) have checked no religious preference in the box provided, and even go on to say that they are not religious. Many have marked spirituality instead of Islam or Hinduism. Many women have remained single for a very long time. Why should they?

What are your choices?

Mike Ghouse is an interfaith marriage minister and a speaker on Islam, pluralism, interfaith, multicultural and future societies. www.MikeGhouse.net